How do I hypnotize others? 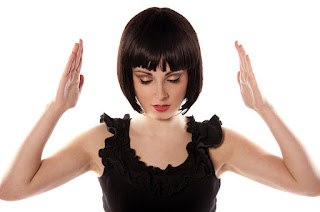 The first thing (Well... *one* of the first things) you need to know about hypnosis is that it's a completely natural state. People enter trances all the time without even realising that's what's happening.

Any time you feel like you're "in the zone", you're in some form of natural hypnosis.

Because it's a natural state, very often people don't realise that they're even hypnotized. A lot of people expect to feel *very* different once they're under, and just because they don't suddenly feel like a zombie, slavegirl or robot, they'll think that means they're not under.

The blame for this lies largely with Hollywood.

Classically, (In most movies and TV shows) hypnosis is portrayed as a very unusual and mysterious state of mind, where the person in trance has no awareness or control of what's going on. They're often presented as being little more than a puppet or plaything, and the person who's placed them in trance, (The Vampire, The Svengali, The Stage Magician) has total control of that person's thoughts, actions and experiences.

Now... this *can* be how hypnosis works. Especially if your subject is attracted to the idea of feeling that way, but for someone who's just interested in exploring trance itself, and hasn't come to hypnosis through Hollywood's or The Jungle Book's portrayal of hypnosis, rather than blank minded obedience, most people will just feel very very chilled out within trance.

This brings us to the *other* first thing you need to know about hypnosis (I did say there was more than one):

All hypnosis is *Self Hypnosis* to some degree, and how a person will feel in trance depends on what they expect to feel, what they **want** to feel, and who's hypnotizing them.

This leads us to one of the most important things to bear in mind when you're hypnotizing someone:

THE BEST TRANCE FOR YOUR SUBJECT

ALWAYS find out from your subject up front what it is she or he wants from the experience.

If your subject just wants to feel relaxed, comfortable, chilled out and safe... there's not much point in doing an induction with them that focuses on helplessness and loss of control. They'll become uncomfortable with the ideas you're presenting them with, they might feel wary, they might feel irritated, they might feel scared, and either way they won't be engaging with your words, or relaxing effectively.

Equally, if your subject is a kinky so-and-so that *wants* to feel manipulated, helpless, coerced, teased and toyed with, but your induction focuses on feelings of safety and empowerment... they'll probably find the experience very dry and boring, as a result they won't engage effectively, as a result, they won't achieve the kind of trance that you're both interested in exploring.

ALWAYS tailor the experience to your subject so you can be the hypnotist of their dreams.

Here's a (none exhaustive) list of possible trance "Flavours"
Posted by Unknown at 19:48

Thank you for posting this very clear, easy to follow entry. I'm lucky enough to live near a group of hypno-kinky people who are happy to help anyone just starting out and even fairly experienced people may learn something from them. However not everyone is this lucky and this is a great one-stop begining for those looking to start to learn the basics.
I've been following your blog for some time now and appreciate both the information and the humor you put into your posts. Just thought you should know, as it seems no one has commented as yet. :)

Thanks Cat-herder, I know I have readers, but less than 1% comment.

I do appreciate this entry as well. I think Cat-herder and I can speak for most hypnotists in saying that going back to basics sometimes is a good thing.

As for the idea of different inductions: I've seen this a lot. My girlfriend isn't one for helplessness, so I can't do that. I have several friends, however, that are into helplessness. This is the same reason I dislike pre-made induction MP3s and the like.

Thanks for posting and thanks for listening.

I just wanted to say that your posts are among the most thoughtful and thought provoking on the subject of hypnosis that I have read.I always find ideas of real value every-time I read them.Thank you very much for this Blog.

Lex, Thank You for this. Ive seen you around the hypno community and appreciate your work, but a free tutorial for those uninitiated is unheard. I've been into hypnosis for over 10 years but it's so rare to find people willing to roll with it. My current girlfriend is willing but has no idea how so I think after I trance her once and perhaps have a good discussion about it/the steps, this guide could help give her a structured in depth idea of what she's doing. Kudos good sir.

Thanks for the suggestions and tips. I have yet to find a girl who willingly wants to go into a trance so I can't really practice this out

Damn it man! Protect the trade secrets, we can't have any old literate person reading this and running around with a pocket watch.

@Alex: You're probably not going to see this, but if anyone else is wondering, then, yes, absolutely, you can give someone post-hypnotic suggestions whatever flavour of trance they enjoy, but you should match your suggestions to the style you're using.

If someone wants a calm-relaxing trance, then telling them "when I snap my fingers and say 'strip!' after you awaken from this trance, you will be helplessly compelled to perform a sexy striptease for me" isn't going to get you very far (if they want submissive-obedient, then that suggestion is a winner :) )

On the other hand, a suggestion like "any time you find yourself feeling stressed, you can just [ritual used in the induction] and find yourself calm and relaxed and ready to cope with whatever needs your attention" is likely to work well for a "calm-relaxed" trancer but going to be harder for a "submissive-obedient" to take in than if you phrased it "Whenever you start getting stressed, I want you to [ritual] and find yourself automatically handling the situation for me."

Thanks Lex for emailing this to me. Now I can tell my friends that I can hypnotize people. I'm leaning more toward relaxation hypnosis, but who knows! ;)